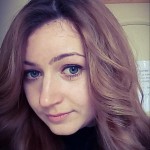 Google has officially released its long awaited mobile application, Google Pay App, which has the feature set of former Android Pay and Google Wallet into one platform, with new advantages designed to speed up mobile payment usage and far reaching retailer involvement. This move of Google will take on both Apple and Amazon in E-commerce space. Combination of two apps will be advantageous for Google customers and developers. The Wallet app is now called “Google Pay Send.”